Blockchain; how does it shape our future?

Blockchain technology has already had a huge impact on the world of finance. But it might not be long before its influence is felt in HR as well. 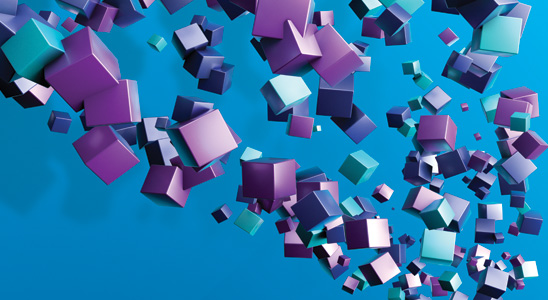 Even the most ardent technophobe would be hard pressed not to have heard of Bitcoin, given the amount of coverage the cryptocurrency has attracted in recent years. But, while blockchain, the technology through which Bitcoin transactions are recorded, garners fewer headlines, it is this system that will have a far greater impact on how we live, and work, in years to come.

Writing on Unleash News earlier this year, Andrew Spence, HR Transformation Director at Glass Bead Consulting said: “Of all the emerging technologies, blockchain is the least exciting as a technology, but potentially the most impactful on society.
“Blockchain doesn’t converse with you, it won’t 3D print your house or cut out your kidney stones with precision while the surgeon has a cup of tea. In terms of technology, it is about as exciting as relational databases.”

"Blockchain is essentially a means of recording transactional information, creating a distributed, decentralised and digitised public ledger of all records", says Seth Robinson, Senior Director, Technology Analysis, at US IT body CompTIA. “For a given activity, a copy of the full ledger with all transactions is kept on each node in a distributing network,” he explains.
“At least 51 per cent of the other parties on the blockchain verify the transactions that occur across it, meaning it is nearly impossible to change, and is therefore secure. Everyone owns a part of the blockchain, enabling trust by consensus.”

Not only does this mean that information can be accessed by anyone with the required permissions, it also means such data can be verified. “The security of information that you really care about is kept by a community, where the cryptography used to put that information into the ledger is done in such a way that makes it practically impossible to change it in the longer term,” explains Dr Mark Kennedy, Associate Professor at Imperial College London.

Blockchain: how can we adopt this within HR?

While blockchain’s implications for the finance industry are well-known, there are also a number of potential uses for the technology in all workplaces. Perhaps the most obvious and attainable is to verify individuals’ identities, qualifications, credentials and experiences, with potentially significant implications for the recruitment process. “Currently, if a person applies for a job, they have details about their education and their prior job and all the information you would generally see on LinkedIn,” adds Kennedy.
“But there’s always a question when you look at that; most people are honourable, but some will oversell themselves and say things that are half-true or even completely wrong. If you have a process for testing the authenticity of what people are doing and can lock it into a format that makes it impossible for people to alter or subvert that process, that then takes a whole lot of the cost of recruiting and contracting away.” This doesn’t just mean the cost of the recruitment processes, says Kennedy, but also the costs of making the wrong hire and having to replace them further down the line.

This could also overturn the concept of referencing, believes Jacky Carter, Group Digital Engagement Director at Hays. “Referencing as we know it today will probably disappear because blockchain will replace the need for that kind of verification of employment history and qualifications,” she says. “Once someone has done a degree, they will just put their certificate in blockchain and it never needs to be verified again. It’s not a case of whether it will disrupt HR, but how quickly it will happen.”

Spence believes this model could have significant ramifications for candidates, as well as employers. “I can see us owning our own background qualifications, such as university degrees, having them verified on blockchain systems that are encrypted and can’t be changed, building up our profile of work history and then being able to monetise our profile with recruiters,” he says. “These peer-to-peer, decentralised network platforms turn the model on its head.” Already, there have been attempts by companies to develop platforms which can verify work history and qualifications, including Appii and Indorse, while 51 per cent of early adopters of blockchain currently use it to verify digital identities, according to research by CompTIA.

Expand the possibilities with blockchain

Blockchain also offers the potential for those in HR and recruitment to more accurately identify potential candidates, whether internal or external, for particular roles, believes Raj Mody, Partner in PwC’s HR consulting business. “At the moment it’s quite complex to match up talent with where it needs to be in an organisation, and even more so to do it in a verified way,” he says. “Time might not be a luxury you have because speed of delivery might be the only thing that gives you a competitive advantage. If that’s the case, then being able to use blockchain to really understand the power of your workforce could come into its own. You could label it as part of your resourcing, but I feel that doesn’t do it justice; it’s more about talent.”

This is likely to become more important as organisations make more use of the gig economy, and as it becomes more common for individuals to have freelance careers. “Companies could use extremely specific criteria to find the person they want. They could query for verified credentials, experience, availability and even personality types.,” suggests Kyle Kemper, Executive Director of the Blockchain Association of Canada. “Candidates that match would then receive a push notification and choose to accept or reject the offering.”

Using artificial intelligence tools could simplify this further, he adds, with machines suggesting contractors who are available for assignment, while their credentials are verified using blockchain.

A logical extension of this would then be to use blockchain technology to underpin the contracts themselves, using so-called “smart contracts”. “Why would you have bits of paper and manual delivery of contracts, where it requires a human being to decide if that contract has been fulfilled or not?” asks Mody. “You could make contracts programmatic so there are certain actions based on whether certain conditions have been fulfilled, so you might pay your employees’ bonuses based on the operation of smart contracts.”

This could prove to be the most revolutionary area, believes Gareth Brown, Senior Manager in Deloitte’s human capital consulting business, who is based in the Netherlands. “The ability to switch on and off a contract with any individual employer, and to be able to define upfront the terms you’re working with, might be quite appealing to people but also to employers, because they’re not having to bring them into payroll systems and go through protracted procurement processes,” he points out.

But the potential to disrupt HR extends beyond recruitment. Mody believes it could be used as the basis for recording all employee information, from before they join the business to when they leave. “How we think about blockchain is through a lifecycle approach,” he says. “Before you even get a job offer, you have to go through a series of interviews and some form of qualification and validation process, and that in itself may require input from third parties.
“You then get on-boarded and there may be additional tasks you need to complete, whether it’s training records or compliance questionnaires, and that information would be collated. You then get on with your job and go through performance assessments, further training, career and job changes, and you have objectives and measures over different periods.

“That whole process and data requires many different parties to interact, and this all carries on until eventually you exit, when there might be a handover and the whole process has to renew. Blockchain could radically simplify the experience that HR functions have today.”

There’s also the possibility that this could extend into payroll. “That’s probably a bit further down the line but there are examples already, built on the premise that the Bitcoin and cryptocurrency market is stable enough to run payroll on it,” says Brown.
“In the longer term, if those markets stabilise, I would imagine we would see more blockchain-enabled payroll technology.”

But, any move in this direction would need to be highly secure and tested before organisations are prepared to use it for this purpose, believes Carter. “In Hays’ case, we would have to be 100% satisfied in the stability and security of any system before we implemented it – we’re dealing with people’s livelihoods and identities,” she says. “At the moment it’s a case of closely watching it as the technology evolves, understanding what technology is being delivered, how trust is being built and looking at how that could potentially impact our world.”

In fact, many companies are adopting a similar position. “It’s on the agenda but not in any established and organised way,” says Mody. “There will be pockets of HR that understand what blockchain is and what its applications might be, but it’s at that end of the spectrum. We’re beginning to talk to our clients about it and that’s our experience of where they are at.”

The technology is likely to hit different sectors at different points, believes Spence. “Take a highly regulated industry, such as medical, health or the airline industry, and you can imagine having your training and certification verified would be of particular benefit, so some will latch on to it really quickly,” he says. “There are some benefits in the construction industry too, in verifying the identity of workers who come from many different countries.”

For now, HR professionals need to ensure they have at least a basic understanding of what blockchain is, and the potential of its impact on their organisation. “You don’t need to understand all the maths and the crypto elements,” adds Spence. “But people should read through four or five of the high-level attributes and features of it, and start to think about how their business is run and how this might impact it.” Those who can do this will be ahead of the curve; research from CompTIA released in December 2017 found just one in five businesses had recently consumed any kind of

The future of blockchain

Further down the line, blockchain has the potential to transform the way all workplaces operate, particularly the way candidates and contractors are sourced and verified. “All the work around sourcing candidates and selecting those that you want to look at closely and vetting them for their credentials, either in advance of or following an interview, will become easier, and more reliable and trustworthy,” says Kennedy. “Maybe you type or speak into the computer and it gives you back what you were looking for, pretty close to first time. I think it will have the efficiency and power of Google and probably an easier interface as well, where it’s more like talking to an assistant. Ten years down the road, those not-very-fun parts of the job will be a much smaller slice of a day.”