Prioritising personality in your hiring process

4 job advertisement clichés every hiring manager should be wary of

Ah, the ever important job advert. No matter how technology changes the way employers sell themselves to candidates; whether it’s giving Virtual Reality tours of the office, or accepting “Snaplications” via Snapchat – job adverts will always remain key to attracting talent. 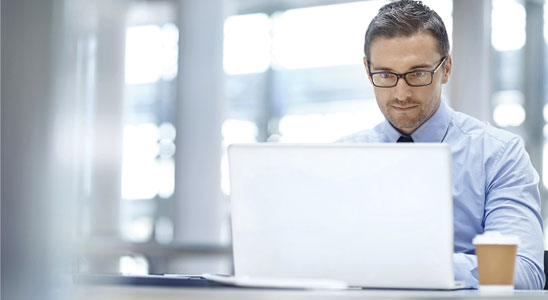 You would be forgiven for succumbing to these oh so punchy phrases, because they often seem like the clearest and quickest way to sell the unique selling points of your employer brand. The problem is, if you use them too much, and without any evidence to back them up, then the phrases become tired clichés. If you want to stand out in the candidate’s memory, you are going to need to add a bit more substance to your job advert.

With this in mind, here’s how to turn those seemingly unavoidable job advertisement clichés, into something much more compelling.

Let’s start with a phrase which is fairly harmless, but also quite weak as a standalone point. More often than not, a jobseeker will be sat there looking at multiple job adverts, all of which claiming to have a “sociable team”. Set yourself apart by giving examples of what your team do to socialise, and how often this is. For example:

“You would be joining a welcoming and friendly team of six people who like to socialise both inside and outside of work. We often go for lunch together on a Friday, and have quarterly team outings. Last quarter, for example, we visit an escape room and went for pizza.”

Your objective here is to allow the candidate to picture integrating with their potential colleagues, and the best way to do this is by being descriptive and specific about what you do to keep the dynamic friendly and interactive.

Similar to the above, an open and collaborative culture is something which every company may claim to have, but this won’t mean much to the candidate without evidence to support it.

What is it that makes your company culture open and collaborative? Is it the way the teams work with one another rather than in silo? For instance, the role you are hiring for may require the successful applicant to collaborate with certain teams specifically, and on a regular basis. Or is it the way people of different seniority levels come together to share their expertise? Some companies, for instance have reverse mentoring programmes or host feedback sessions with employees.

Whatever it is that defines your culture as open and collaborative, put pen to paper and prove this to the candidate.

Don’t be mistaken, you should definitely make it clear to the candidate that they would be joining a company that is going places, but again, give a bit more detail. Is your company growing its products and services, workforce, geographical reach or all of the above? And how has this growth come about? Most importantly, how does this relate to the role you’re hiring for? For example:

“Our organisation has gone from strength to strength since it was founded 25 years ago. Over the past decade we have expanded and improved our services across Europe, and just last year, we set up 9 offices in Central America. We are now looking for a Marketing Executive who can manage our global accounts in these regions.”

Don’t sell yourself short by simply saying you are a growing company. Use this as a chance to tell your story, and make it relevant to the candidate.

Again, this is another important point to get across on your job advert, but this has to be done properly.

Future thinking jobseekers aren’t going to want to work for a company that is likely to get left behind the times, because this poses a risk to their own career path. They need the assurance that their employer is innovative and competitive. But just like the previous example, without any evidence, the term -“a forward thinking company” becomes just another cliché.

How can you prove that your company well and truly has their finger on the pulse? Do you publish any thought leadership content covering future trends and insights? Are there any press interviews or coverage of your business leaders giving their expert opinion on changes within the industry? Have you innovated any of your products or services recently in response to these changes? If you can provide evidence that your company is one step ahead, then this will say that you are a forward thinking company, without you actually having to say it.

Yes, you would be correct in thinking that all of the above phrases are reflective of what candidates look for in an opportunity. But if you use them on the job advert, without backing these claims up, then the phrase soon becomes a tired cliché and the candidate loses interest in applying for your role.

If, however, you can bring these phrases to life with anecdotes and evidence, you allow the candidate to imagine day to day life at your organisation, and hopefully, themselves becoming a part of it.

Prioritising personality in your hiring process